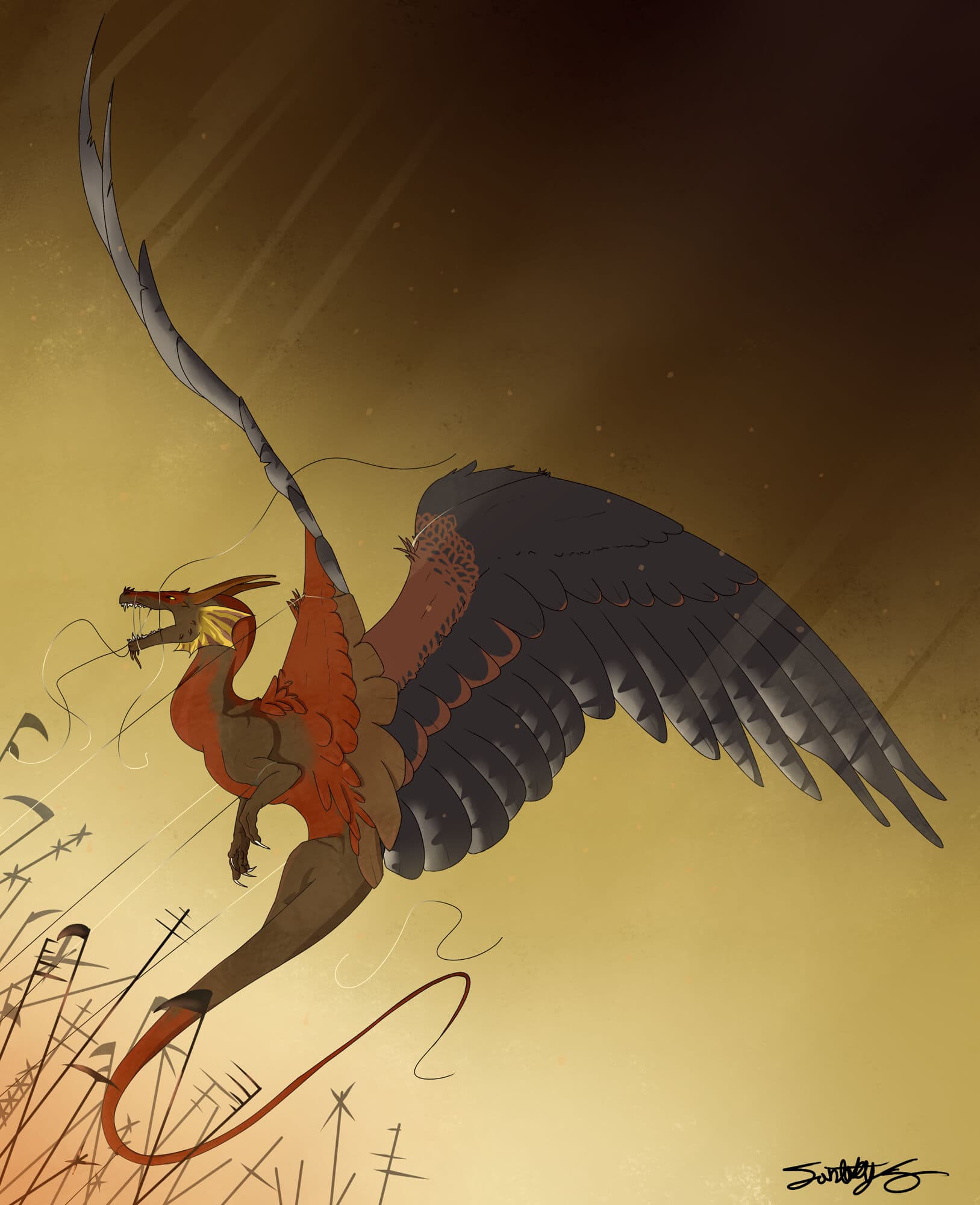 Flying to Abraxas
December, 2020
Becoming an adult as a queer person is nothing shy of painful. I was heavily inspired by the book Demian by Hermann Hesse. Specifically, the analogy of a bird breaking through the shell of the Earth and flying to its god, Abraxas. I also wanted to combine this with the scene of a great beast who’s been captured and tortured for no other reason then the fact that the creature is unapologetically loud, independent, beautiful, and rivaling humans who see such a creature as some kind of challenge or conquest. Such a magnificent creature is an insult to humans who think they are the true image of god, and any force that questions that selfish belief must be destroyed.

A dragon suffers from being born in a “human world”, for its existence alone shatters the hearts of the prejudiced, the greedy, and the disbelieving.